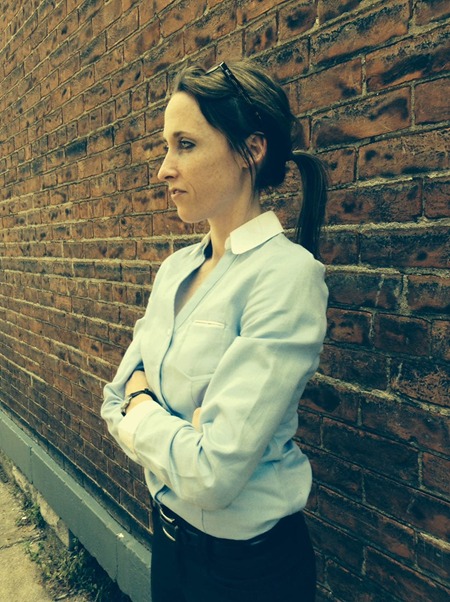 Shannon is an award-winning attorney and serial entrepreneur known for her business and bourbon acumen. She is particularly focused on ABC and TTB laws, vintage spirits laws, business formation and planning, general counsel services, business litigation, and estate planning. She is a Lawyer of Distinction, Super Lawyer, and recently a runner up for Best of Cincinnati Lawyer. Shannon owns multiple businesses which allow her to have a unique insight into the needs of entrepreneurs. She recently started Revival – a vintage spirits shop that has thousands of vintage bourbons, gins, tequilas, vodkas, scotches, rums, and wines.

Shannon was recently elected for her second term as a Covington City Commissioner. Outside of work, Shannon serves on the Board for Latonia Uptown, the Victorian at Riverside, OKI, and Meet NKY. She sits on St. Elizabeth Healthcare’s Patient Advisory Council and enjoys serving on the Distillate Committee for the Cincinnati/Northern Kentucky Chapter of Bourbon Women and allocates time to support Mortar Covington. She is a Leadership Northern Kentucky Graduate and a member of the inaugural class for the Roebling Society, a group of the regions’ best and brightest based on her achievements and leadership in the community.

When she is not working or serving, Shannon continues to enjoy playing soccer and running Obstacle Course Races (OCR). She most recently qualified and competed in the OCR World Championships in Canada. Shannon continues to play soccer today for fun but enjoyed a long career which culminated with a professional stint in Europe in the Champions League, ultimately playing for the #1 team in Spain.

As you have read, Shannon has always been committed to excellence in the classroom, soccer field, and workplace – and she now applies that same commitment to her law practice. She prides herself on the firm’s commitment to excellence: excellent legal service and excellent customer service. The slogan of the law offices truly reflects her approach to her practice, “Client Focused. Results Driven. 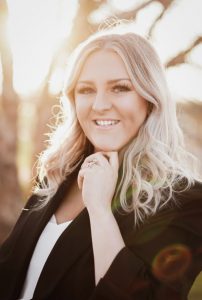 Shelby graduated Cum Laude from Marshall University where she earned her Bachelor of Arts degree in Criminal Justice. While attending Marshall, Shelby was inducted into Alpha Phi Sigma (the only nationally accredited Criminal Justice Honor Society) and served as Chapter President of her sorority, Delta Zeta. Due to her outstanding leadership, Shelby was selected Panhellenic President of the Year, received the prestigious Marshall University Senior Leadership award given to one Marshall University Senior, and was given the esteemed Grace Mason Lundy Award – an award given to six Delta Zeta members internationally who have “given the greatest evidence of loyalty, devotion and service to their chapters and to the Sorority”.
Upon graduation from Marshall, Shelby attended the Louis D. Brandeis School of Law at the University of Louisville where she served as Vice President of the American Constitution Society. Prior to her graduation from law school, Shelby clerked for an employment law firm in Louisville, Kentucky, and worked as a summer fellow at the Department of Public Advocacy (DPA) and continued work at the DPA as an extern during her third year of law school and again, pro bono during the Covid-19 pandemic.
After earning her Juris Doctor, Shelby received her supervised practice law license and Kentucky bar admission and began working as an associate attorney at a Louisville labor and employment law firm where she negotiated contracts and litigated cases on behalf of plaintiffs who had been retaliated or discriminated against on the basis of their sex, race, age, disability, nationality, sexual orientation, and religion.

Shelby is currently licensed in both the Commonwealth of Kentucky and the federal Western District of Kentucky. When Shelby isn’t advocating for her clients, she enjoys listening to live music and expressing her creativity though mediums including watercolor, acrylic, and oil painting and previously managed her own online shop of custom commissioned watercolors and acrylics. 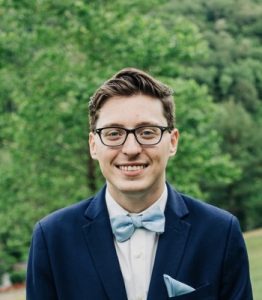 We are excited to introduce our newest team member to Smith Law Austin Blake Combs, known by his middle name, Blake.

Blake was born and raised in a town called Hazard located within Eastern Kentucky. Upon graduating from Hazard High School, he enrolled in a local community college. After getting his associates degree he transferred to Eastern Kentucky University, where he earned a bachelor’s degree in Political Science and a Bachelor’s Degree in History.
After graduating from EKU in he attended Chase College of Law at Northern Kentucky University. Blake worked with the Kentucky Department of Public Advocacy as a law clerk, helping advocate for those who could not afford to hire a private advocate. Before graduating from Chase law school, he worked for Judge Goodwin in Kentucky’s 12th Circuit- Family Division as a staff attorney.

Blake’s hobbies include music, fantasy/sci-fi fiction, and video games- his biggest passion being music. Anybody who knows Blake knows that he loves almost all genres of music. Blake also enjoys self proclaimed “nerd” things from Dungeons and Dragons to reading the newest fantasy series. 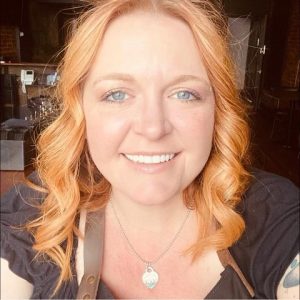 Meet Chris Kruse, our Office Manager! Chris joins our team bringing 20+ years of managerial and financial experience from such roles as Director of Finance at local colleges as well as years of bookkeeping from her role at Northand Volkswagen. Chris runs our day to day operations, manages our staff, oversee our accounts payable and receivable, and is helping revamp our media and marketing presence. We are incredibly lucky to have such a well versed and committed leader join us!

Chris has a passion for community especially small businesses.  She currently serves as an active Executive Board Member on the Latonia Business Association, is a member of the Champions Committee for the City of Covington READY READ COV initiative.  She is a member of the NKY Chamber of Commerce Leadership Class of 2023.  She hold active memberships in the Covington Business Council, Women’s Initiatives of the NKY Chamber and is an active member of the adversary committee for numerous programs and/or degrees for the Interactive College of Technology Newport Camps.  Chris created the Latonia Community Libraries and founder the Latonia Second Sunday Markets.  She holds memberships with the Public Arts Network of NKY and The Cincinnati Art Club.

In Chris’s spare time you will find her traveling, taking photographs, creating and/or appreciating art and all things local.  She is raising her three teenage sons in Northern Kentucky.